The aim is to provide on-line copies of some documents and transcriptions in Snodland Historical Society’s archive, particularly those which incorporate names of Snodland parishioners.

Transcription of Snodland entries in Directories, 1847-1938 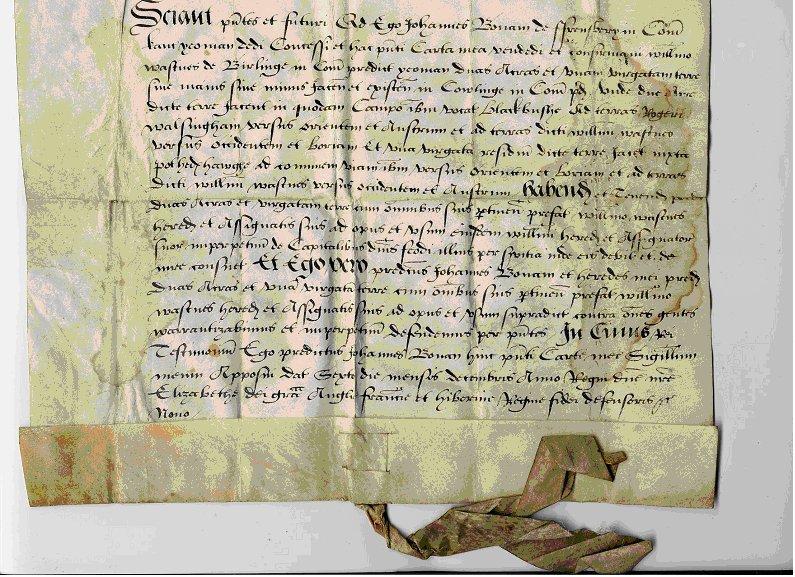 6 December 1567: sale of land by (1) John Bonam of Frindsbury, Kent, yeoman, to (2) William Wastnes of Birling, Kent, yeoman, of 2 acres and a virge of land in Cooling,Kent: the two acres lying in a field called Blackbusshe: land of Roger Walsingham to E and S; land of (2) to W and N; the virge lying next to Pothed Hawghe: a common way to E and N; land of (2) to W and S.

A William, son of William Westons of Birlinge was buried at All Saints, Snodland, 1 April 1568, but the surname was rendered in many different forms in the Birling registers between 1558 and 1592: Washeness, Wastnese, Weatnese, Weatnes[se], Westneass, Westnes[e]. Another ‘Willm, son of Willm Wastnese’ was baptised at Birling on 18 March 1564/5. 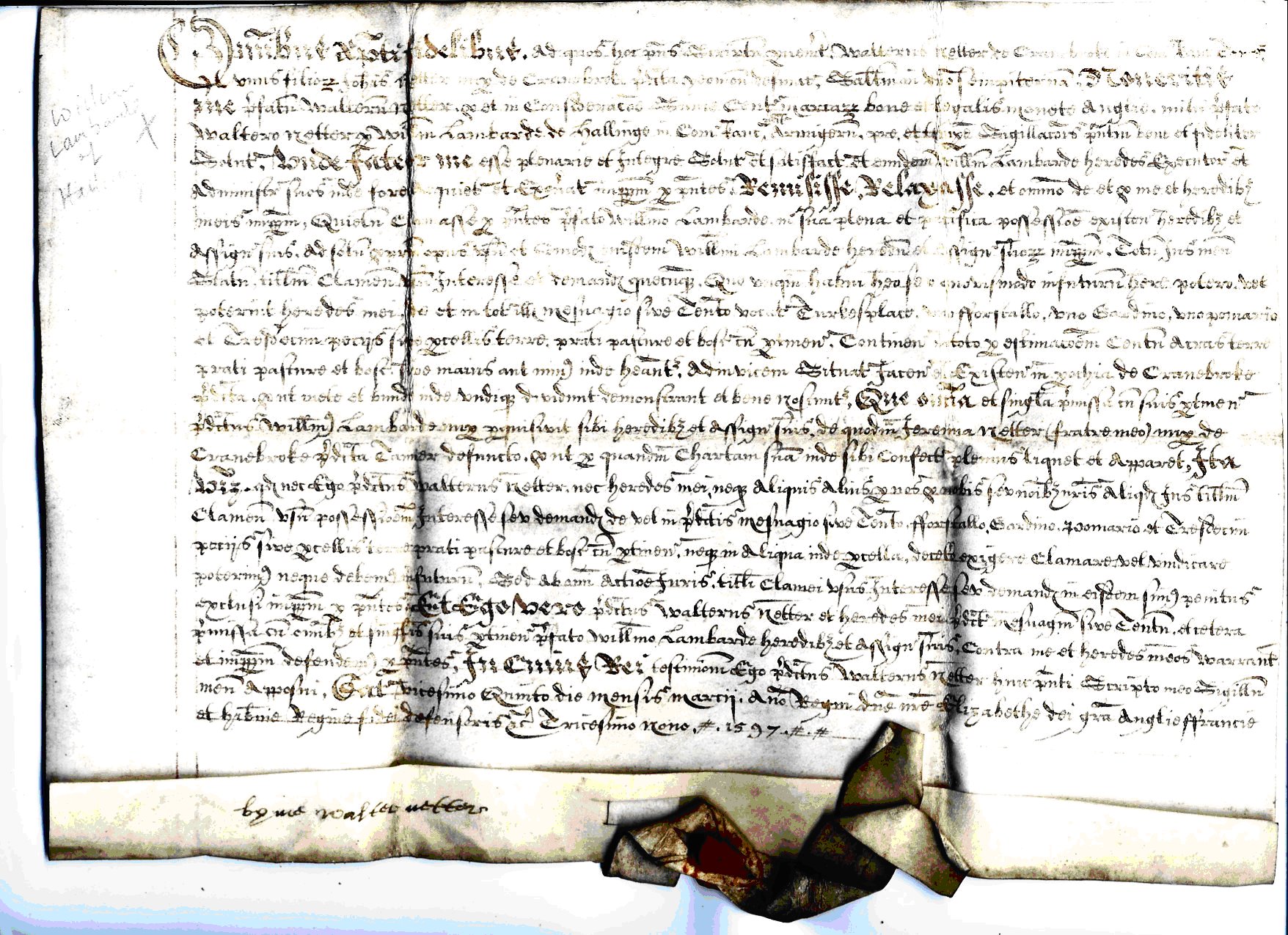 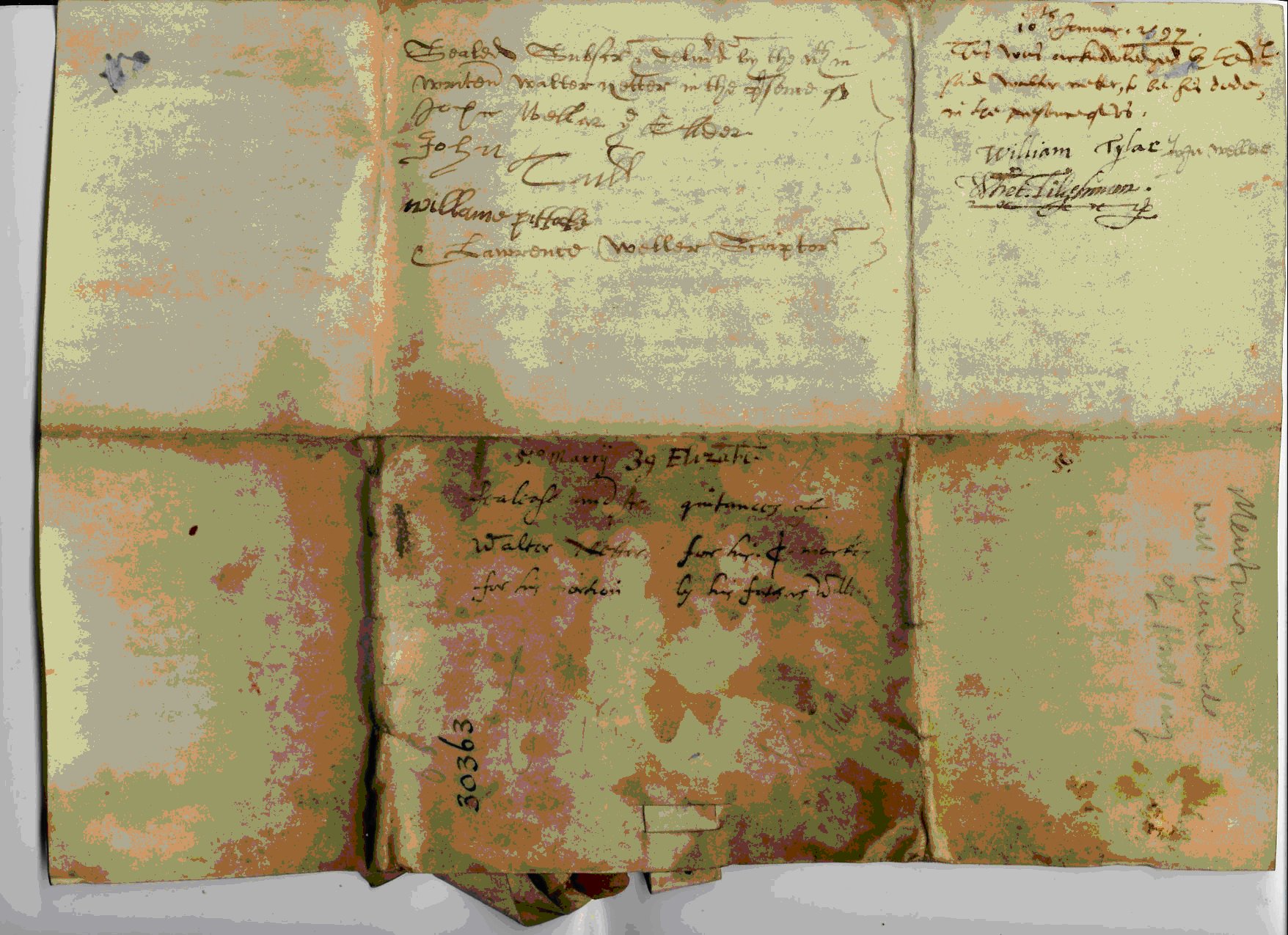 [Lambarde’s witnesses: William Tyler is unknown, but Whetenhall Tilghman (1576—after 1651) lived at Holloway Court, Holborough, so was Lambarde’s neighbour. A brother was christened Lambard (one 1584, died 1586); a second was baptised in September 1586]