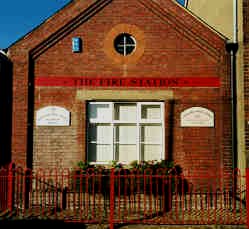 please scroll down for full details of the museum

FOR THE TIME BEING SNODLAND MUSEUM CAN ONLY BE VISITED BY PRE-BOOED APPOINTMENT ON WEDNESDAY AND SUNDAY AFTERNOONS 2-5 PM. WE WILL NEED THE NAME AND CONTACT DETAILS OF AN INDIVIDUAL, OR THE PERSON IN CHARGE OF A GROUP/FAMILY. HAND-GEL WILL BE PROVIDED ON ARRIVAL (AND THERE ARE HAND-WASHING FACILITIES). CONTACT DR. ANDREW ASHBEE (PHONE 01634-243001; E-MAIL; ashbeeandrew4@gmail.com)

The Museum is owned and maintained by Snodland Town Council. Admission is free. It is manned on a voluntary basis by members of Snodland Historical Society. The Society is responsible for the displays.

The Museum is not only a building where the history of Snodland can be displayed, but also serves as a research centre where information about the place and its people can be sought.

Not everything can be shown at once and parts of the displays will be changed every six months or so. Many of the finds from Snodland’s early history have found their way to other museums, so few local artefacts from Saxon and Roman times can be shown. However, Maidstone Area Archaeological Group has kindly placed on loan material it has excavated from the Roman Villa at Snodland and the best of this can be seen, together with illustrations of other important discoveries concerning the prehistoric ring ditch, Roman tumulus and Saxon cemetery.

Many more recent artefacts and photographs have been donated by parishioners and the collection continues to grow.

Aspects of the history of Snodland are mostly shown in pictures and photographs. In due course it is hoped to include some audio-visual presentations, which are being developed. These will increase the range of information on show and should prove attractive to the younger visitor.

The Archive and Library

Important parish records are of course deposited at the Medway Archives Centre in Strood, and at the Kent History and Library Centre in Maidstone, but Snodland Historical Society is forming its own archive of material relating to Snodland and District. A catalogue is available and items can be viewed on request. The Society has some original material together with transcriptions and photocopies of other items. Copies of written histories of other local parishes are being acquired together with a collection of maps. There is a file of material relating to Thomas Waghorn (1800-1850), a famous parishioner who helped establish the Overland Route to India via Egypt.

Many of our collection of pictures can be seen on the Kentphotoarchive website.

For family historians there are copies of the Snodland censuses 1841-1911 and transcripts/photocopies of some parish registers. A computer database of Snodland parishioners 1800-1950 is in progress and currently has about 15,000 entries. Lists of earlier parishioners are also available. All these can be seen on this web-site.

Snodland Historical Society pamphlets and other books relating to Snodland are available for sale.

If you have memories of Snodland in past years, or your family had members who lived here, pay us a visit!